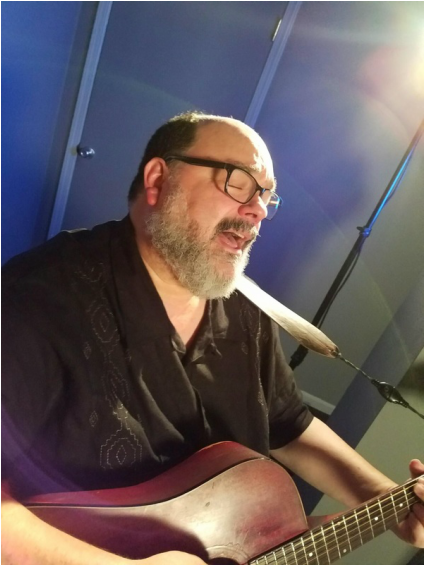 "...Metaphor is just a beautiful collection of brilliant songs… every song was so well written. The whole vibe of this project is so right. I learned so much and FELT so much just listening. I was so inspired by the arrangements, your playing, your writing, and your beautiful voice. I can't say enough good things about this CD..."
Julie Silver, singer/songwriter/recording artist, Los Angeles, CA
​
“…just had the chance to listen to your CD (Metaphor). Stunning. There were moments when I was moved to tears. Love your voice and the arrangements…May you go from strength to strength on your journey and may I be blessed to have you invite me along for the ride from time to time!”
Craig Taubman, singer/songwriter/recording artist/producer, Los Angeles, CA

“Budin is a singer-songwriter [and] solid musician with a gift for marrying words to music. This collection of songs has an easy folk/country sway to it…Budin manages to give the even most mystical subject matter a very human immediacy, and does it with a warm musicality.”
Peggy Latkovich, CoolCleveland.com

"If Pete Seeger had been Jewish, these are songs he'd have written! Cleveland, Ohio native Noah Budin has released what is this decade's best Jewish folk album, and possibly the best since Megama's 1980 debut album. Produced by Cantor Doug Cotler (a fine artist in his own right), "Hallelujah Land" sets a new standard for English Language Jewish music. On "Hallelujah Land", Budin and his guitar are joined by sparse but effective instrumentation and background vocals on songs of faith in G-d, Bible stories and the Land of Israel. "Early in the Morning (Late at Night)" is a rousing throwback to 60's protest-folk music complete with call and response chorus and verses that cover Moses, Samson, the victims of the Holocaust and even the Rev. Dr. Martin Luther King Jr. "Joshua's Band" is a no holds barred Jewish Gospel number that will have you clapping and singing along with the choir instantly. "Wisdom of the Heart", a prayer for well-being is a pretty and lush duet with Jewish recording artist Julie Silver, and the title track is a country-folk romp through the story of the Exodus. A fantastic debut effort and a refreshing take on Jewish music!"
Shalom America Radio