I don't put out many CDs. I'm not a "Working Musician." I do play music, and I do (some of the time) get paid to do it. But, making music is not my sole or main means of income, so I'm not constantly on the road in support of a CD, or putting out a CD every year or two to "stay relevant" and then going on the road to support it. (I know I keep saying "CD," but just take that to mean whatever the current delivery method of recorded music happens to be at a given moment. It took me a long time to stop saying "record" and sometimes I say it anyway.)

I make music for me. Often, after I play for a crowd, and the crowd thanks me and tells me how much they enjoyed what I did, I say - half-jokingly - "You think I do this for you?" Maybe not even half-jokingly. Every song I write, and every song I choose to perform, has some message that speaks to my sense of justice, or morality, or humanity, in ways that other types of art and media don't and can't. And as I play them publicly, my hope is that they also speak to the listeners in similar a way.

My first CD, Hallelujah Land, came out in 1997. My second CD, Metaphor, came out in 2007. I missed 2017 by four years. I can't blame that on the Pandemic. I wouldn't have continued an every-ten-year-streak anyway since we didn't start recording until October of 2019. We'd gotten all of the principal recording  - guitars, bass, keyboards, drums, banjo, harp, harmonica, and horns, strings, and woodwinds  - done by mid-February of 2020. Then, well... you know. The last thing we had scheduled when we had to cancel everything was a session with the vocal group The Coastliners, a group of nine men from within the much larger North Coast Men's Chorus. That's where we left it for about 14 months.

We finally got back into the studio in May of 2021. Except, it was a different studio. It was the same people, but they'd moved to a new location. When we started, The studio was about an eight minute ride from my house. When we resumed, it was a 25 minute ride. Not a big deal, especially because of two things: The old Suma, and a new board.

The "new" studio was now located in Painsville, OH in the building that was once the legendary Suma Recording building. Suma has a long and important history in Northeast Ohio, going back to when it was Cleveland Recording. And, during the Pandemic break, they acquired a new board. It came from Bad Animals Studio in Seattle, WA. Ann and Nancy Wilson of the band Heart were part owners of that studio, and that board had recorded such artists as Heart, R.E.M., Nirvana, Pearl Jam, Foo Fighters, B. B. King, Johnny Cash, Neil Young, and many others. All of which adds up to great vibes. When we talk about great vibes in a studio, we're not talking about Lionel Hampton. We're talking about something intangible. A feeling. An atmosphere. Or, rather, the "ghosts" that hang out in that atmosphere. It's all real, the ghosts and the vibes. It was great to be able to finish the project in that space.

The long break also reshaped the project in a couple of different ways. For one thing, we were able to come back to it with fresh ears. REALLY fresh ears. That affected the way we finished laying down tracks, and the direction we took in the mixes. Also, in the summer of 2020 I wrote a song that I really wanted to put on the album. This song was my reaction the murder of George Floyd and the subsequent protests. I felt it needed to be recorded sooner rather than later - I mean, if I stick to my current schedule, my next recording is due to come out in 2034. We got some excellent musicians together and recorded the song "old-school," with all of the musicians playing all at the same time. We did four takes and we used the third one. The whole thing only took about three hours. Had we recorded it the way we did all of the other songs, it could have added a few more months to the process. Plus, this style of recording really suits this song. There's a rawness and urgency to it.

Our last session in the studio was April 14, 2022. It was mostly a listening session, just me and David Budin (the Producer) and David Shaw (the Engineer). One last chance to make any changes to the mixes.

As of this writing, we're putting all the rest of the little post production pieces together, all the things that have to do with writing liner notes, selecting the artwork, the graphic design, and the disc duplication. I also have to figure out this new thing called streaming. Well, it's new since the last time I put out a record. Or whatever you call it. 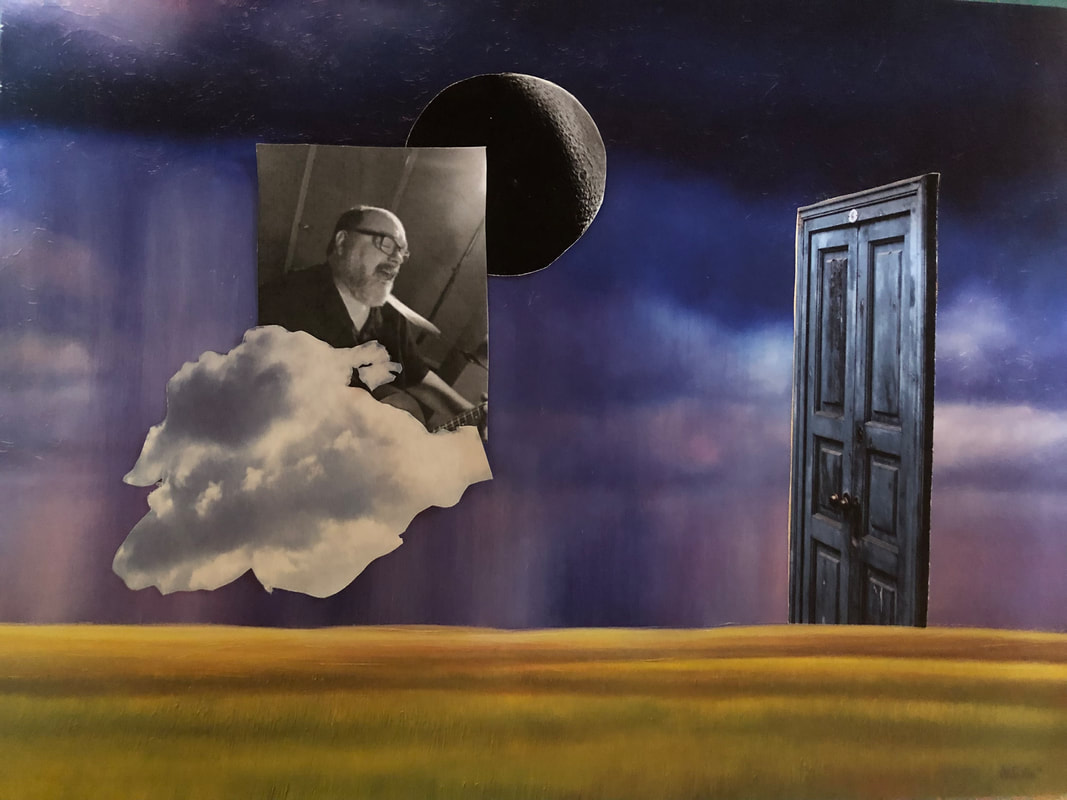